VOLKSWAGEN SHOWROOM ALL CARS AVAILABLE FOR SALE,WE HAVE OVER 70 VOLKSWAGENS ON SITE,FAR TOO MANY TO LIST,COME AND SEE US 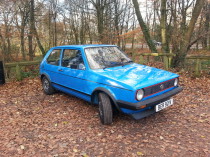 Well where to start...I bought this golf off an old chap who lives locally to me,I had seen it sitting in front of his place for years(15 years actually)and one day decided to knock on and ask if it was for sale and after much deliberation he sold it to me.I got it back to the yard and put it straight on the ramp,sent it up in the air and was pleasantly surprised as the underneath was all intact.The paintwork was badly bleached and the tyres were shot,I decided to strip it down for a full restoration including new paintjob and at the same time recondition the engine.The golf was fully restored over a 6 month period and then I had the car painted and then polished and it looks amazing the pics don't do it justice!!. The engine has had a new headgasket and bolts fitted and everything cleaned up as it was very dirty,the engine bay and engine now look really nice.

This gti has had 5 former keepers and with only 7 cars left on the road these days and 30 sorned so 37 in total(source:howmanyleft) of which this is one so a pretty rare golf and those that know thIer stuff will also get that with this being a summer 79 gti its one of the first batch of gtis in this country rhd!!

The interior is all there and in good order,it has the early seatbelts and dash and the early gti steering wheel, the centre console and gti dials,to be honest it all looks original and unmessed with inside this gti.

There is a full set of 5 gti alloy wheels and they have also been restored.

It runs and drives beautifully,its a 1.6 gti with a 5 speed gti gearbox fitted (have the 4 speed if wanted) and goes well.its a reliable car always starts touch of the key and will take you anywhere you wish to go.

All in all its a nice golf gti that's complete..even the rear wiper motor and arm are in a bag in the boot..the old chap said that removing it was one of the things you did back in the 1980s..

Any questions call me for a chat and viewings are welcome we are in Staffordshire,

...would prefer it to go to an enthusiast who will use it but classic car collectors welcome. 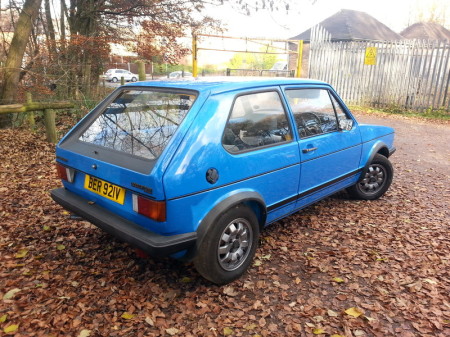 we can open early or stay late if appointment is booked.

We can offer you a great special price for a complete inspection!

Find out more about us and our services!